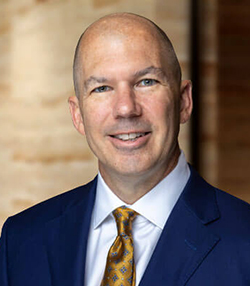 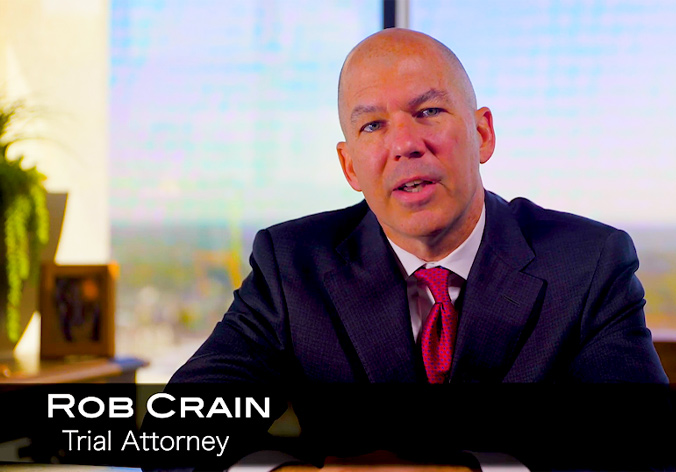 VIDEO: Get To Know Rob

Attorney Robert D. Crain is a nationally renowned personal injury attorney who has been included in lists such as U.S. News’ Best Lawyers in America. Additional publications often include Rob on their “Best Lawyers” lists, including Texas Monthly and D Magazine. As a testament to his excellence, he is AV® Rated by Martindale-Hubbell. This means fellow attorneys and legal professionals have rated him highly for his ethical practice and legal skill, demonstrating his integrity and high-level insight.

Rob’s educational career mirrors the excellence of his practice. He graduated from the University of Texas with high honors and pursued his Juris Doctorate at the University of Texas School of Law. From there, he began work as an attorney at a personal injury defense firm. While working for the other side of the courtroom, Rob learned firsthand the strategies employed by defendants in negligence claims.

After learning how to successfully represent personal injury plaintiffs from a renowned Texas trial lawyer, Rob opened his own firm in 2001. Over the years, Rob recruited and developed a nationally recognized team of catastrophic injury professionals who now form Crain Brogdon, LLP.

“Not only are our lawyers some of the most recognized with awards, as being some of the
best lawyers throughout the country, but more importantly, and I think more impressively, is each one of them has been asked by their peers to
lead various legal associations.”

GIVING BACK TO THE COMMUNITY

Rob is a past member of the Board of Directors for Big Brothers and Big Sisters in the North Texas Chapter. Additionally, he moderates debates between political candidates and forums about crucial civic issues. He has received the Dallas Police Association’s Back the Blue Award, as well as the DAYFL Award of Excellence for his professional and community service efforts.
His involvement at the local level demonstrates his devotion to the law and to his fellow man, both as a professional and as a Dallas resident. His practice is single-mindedly devoted to upholding the rights of injured or wronged individuals.

A Passionate Leader and Champion of Victims’ Rights

Both in and out of the courtroom, Rob is a passionate leader. To date, he has obtained some of the largest personal injury verdicts and settlements in the nation, including a nationally precedent-setting verdict awarded to the parents of a child-death/negligence case. He is also a member of the Board of Directors of the Texas Trial Lawyers Association, lending his insight and experience to improve the practice of personal injury law in Texas.

Rob was again recognized in 2016 by the Dallas Trial Lawyers Association for his “courageous pursuit of justice in the face of adversity.” Most recently, he was elected as the 108th President of the Dallas Bar Association.